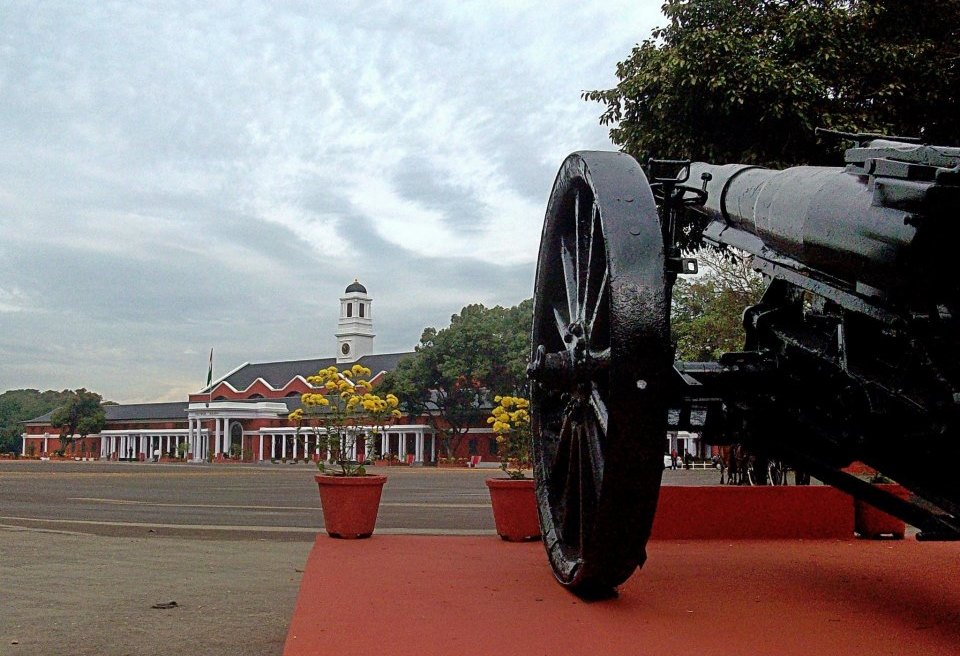 Each year many defence aspirants gave CDS exam to join the Indian Military Academy which is one of the most prestigious military academies in the world. Good guidance by faculty of Innovative Future Academy help defence aspirant in joining IMA every year because we provide best CDSE coaching in Chandigarh. IMA has many great alumni like Field Marshall Sam Manekshaw, General VK Singh, General Bikram Singh, and many more Generals and Lt. Generals along with hundreds of brave Army officers.

Every defence aspirant knows what it takes to win Param Vir Chakra, the highest gallantry award of India. It is given to army personnel for their undaunted bravery on the battlefield. Let’s find out about the IMA alumni who won Param Vir Chakra.

Major Somnath Sharma, PVC (31 January 1923 – 3 November 1947), of the Indian Army, was the first recipient of the Param Vir Chakra (PVC), India’s highest military decoration. They were commissioned into the 8th Battalion, 19th Hyderabad Regiment, in 1942. He served in Burma during the Arakan Campaign of World War II, for which he was mentioned in dispatches. Fighting in the Indo-Pakistani War of 1947-1948, Somnath Sharma was killed in action on 3 November 1947 while repulsing Pakistani infiltrators near Srinagar Airport. For his gallantry and sacrifice during the Battle of Badgam, he was posthumously awarded the Param Vir Chakra.

Captain Gurbachan Singh Salaria, PVC (29 November 1935 – 5 December 1961) was an Indian Army officer and member of a United Nations peacekeeping force. Singh was an alumnus of King George’s Royal Indian Military College and the Indian Military Academy. He was also the first NDA alumnus and is the only UN Peacekeeper to be awarded a Param Vir Chakra (PVC), India’s highest wartime military decoration.

Colonel Hoshiar Singh Dahiya, PVC (5 May 1937 – 6 December 1998) was an officer of the Indian Army who was awarded India’s highest military honor, the Param Vir Chakra during Indo-Pakistani war of 1971. During the Indian war of 1971, the 3rd Grenadiers were given the task of establishing a bridgehead across the Basantar River in the Shakargarh Sector from 15–17 December 1971. Major Hoshiar Singh displayed the most conspicuous gallantry, indomitable fighting spirit, and leadership in the highest traditions of the Army. He was awarded the Param Vir Chakra for his bravery and leadership.

Second Lieutenant Arun Khetarpal, PVC (14 October 1950 – 16 December 1971) born in Pune, Maharashtra, was an officer of the Indian Army and a posthumous recipient of the Param Vir Chakra, India’s highest military decoration for valor in face of the enemy. He was martyred in action in the Battle of Basantar in the Battlefield of Shakargarh during the Indo-Pakistan War of 1971 where his actions earned him his honor.

Captain Vikram Batra, PVC (9 September 1974 – 7 July 1999) was an officer of the Indian Army, awarded with the Param Vir Chakra, India’s highest and most prestigious award for valour, for his actions during the 1999 Kargil War. He led one of the toughest operations in mountain warfare in Indian history. He was often referred to as ‘’Sher Shah’’ (“Lion King”) in the intercepted messages of the Pakistan Army.

Manoj Kumar Pandey, PVC (25 June 1975 – 3 July 1999) was an officer of the Indian Army who was posthumously awarded India’s highest military honour, the Param Vir Chakra, for his audacious courage and leadership during the Kargil War in 1999. An officer of the 1st battalion, 11 Gorkha Rifles (1/11 GR), he gave his supreme sacrifice during the attack on Jubar Top of the Khalubar Hills in Batalik Sector of Kargil.

There is no other noble job to serve the country than the defence job. So an aspirant should see Defence not only as a job but as serving to mother India and he/she should prepare well for CDS exam. If an aspirant has the proper guidance he can prepare for the written exam on his own. But guidance is very much required because CDSE is one of the toughest exams taken in India. The best CDSE coaching institute in Chandigarh like Innovative Future Academy helps students in taking the proper direction towards success.