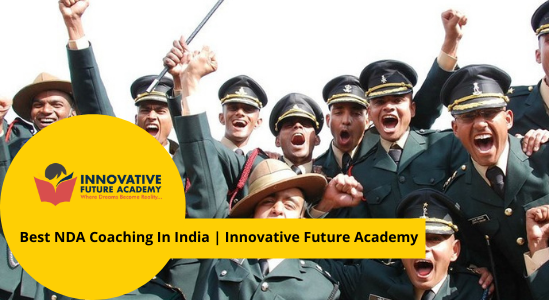 The NDA is a national-level defense entrance exam held twice a year by the Union Public Service Commission. Well, The exam is conducted for admission into the prestigious National Defence Academy (NDA), a joint defense service training institute of the Indian Armed Forces. After that, the NDA exam is conducted in two stages: a written exam and SSB Interview followed by a medical examination. In this blog, we will discuss the best NDA coaching in India to help NDA candidates prepare under the right mentorship and effective guidance of defense experts.
At that record, every year around 6-7 lakh candidates appear for the NDA entrance exam, and approximately 9,000 out of them clear the cut-off to qualify for SSB Interview.
We can say that the NDA exam is especially tough and to be one of the suggested candidates, an aspirant needs to prepare extensively for written as well as SSB interviews. At Innovative Future Academy Chandigarh We Provide The Best NDA Coaching In India To The Deserving Candidates.

Well, in other organizations the selection process in the Armed Forces is very elaborate and is done over five days. After that, Three different assessors namely the Interviewing Officer, Group Testing Officer, and the Psychologist test the candidate from three different perspectives and arrive at their respective decision. Thereafter, on the last day of the board conference, they all sit together and discuss each case to arrive at a final decision.

Those candidates who want to serve the nation are not married until they complete their full training. After that, the candidate who marries during training shall be discharged and will be responsible to refund all expenditure incurred on him by the Government.