Israel-Palestine Conflict: A threat to peace in the Arab world? 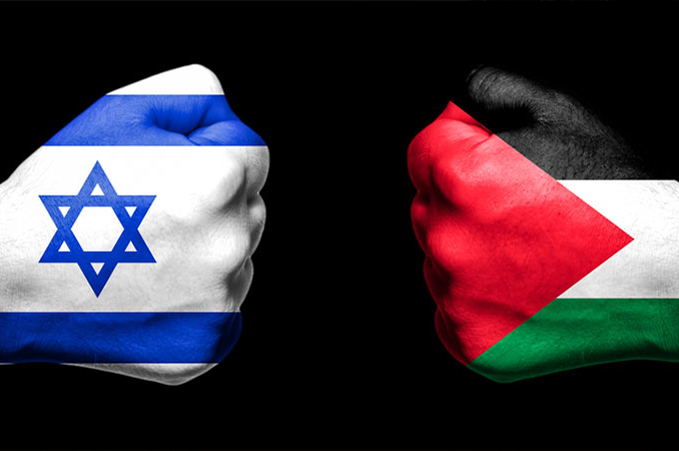 Recent clashes between Israeli forces and Palestinian protesters in and around Jerusalem caused loss of life, livelihood to local people. Protests like these are not new in Jerusalem and continuously increasing day by day since the time they started in the 1970s. Recent clashes started near Temple Mount premises in Jerusalem during the time of Ramadan where Israeli forces moved the Islam devotees from the Temple Mount premises which consist Al-Aqsa mosque which is the third holiest place for devotees of Islam. This ignites the hatred already existed in Palestinian towards the Israeli forces and the Israeli government. Terrorist group HAMAS then started firing rockets towards Israeli cities from Gaza Strip, Israeli retaliated with brute military force and destroyed a lot of buildings allegedly controlled by Hamas.

Why Jerusalem is so important for Jews and Muslims?

Jerusalem is known to be a holy place for three important religions of world 1. Christian 2. Muslim 3. Judaism. All these three religions are known as Abrahamic religion as all of these religion has a major character in their holy book called as Abraham/Ibrahim. Christian believed that Jesus was crucified in Jerusalem and at that exact place, there is a church “ Church of Holy Sepulchre “. Muslims believe that Prophet Muhammad started his journey to heaven in Jerusalem and at that exact place, there is a mosque “Al Aqsa mosque”. Jew believed that their religion started in Jerusalem and there was the holy temple in Jerusalem of which only a wall remains today called as “Western Wall “ which is the holiest place for Jews. Both Western Wall and Al Aqsa Mosque are part of the same premises. These religious sentiments make Jerusalem an important city to be administered.

Where it all begun?

Jews were settled all over the world especially in Europe and North America. In the late 1870s, Jews started facing opposition from locals in Europe because of their ethnicity and they started to migrating towards Jerusalem in 1881. Their migration keeps on continuing till World War 1(1914-1918) in which Britain took control of the region around Jerusalem then called “Palestine” from Ottoman control and Palestine was the region of the Arab majority. Migration of these kinds keep on continuing and permanent settlements of Jew keeps on increasing and Jewish holocaust by Hitler in World War 2(1939-1945) forces a large number of Jewish migrants to settle around Jerusalem and this resulted in a large Jewish population registered in Palestine at the end of World War 2 and Jewish started believing that only safe place for them is a separate country for them so they starting forcing British for a separate country.

1. Jewish-controlled Israel 2. Arab controlled Palestine and Jerusalem due to its religious importance was declared as International territory.

In 1948 after the formation of Israel, the Arab countries like Syria, Lebanon, Egypt attacked Israel which was called as First Arab-Israel War which resulted in the winning of Israel and Israel now controlled a lot more area than it was allotted in Partition by the United Nation but Jerusalem came under the control of Jordan. Palestine was limited to two regions 1. West Bank 2. Gaza Strip

In 1967 Arab nations again attacked Israel but this time Israel defeated Arab countries in Six days only and this Second Arab-Israel War was called Six-Days War. In this war, Israel took control of Jerusalem, the West Bank, and the Gaza strip. This resulted in that large Jewish settlers started moving to West Bank and Gaza strip.

change the demography of West Bank and Arab majority in West Bank feel threatened from the Jewish occupation of West Bank. Terrorist group HAMAS keeps on targeting Israeli cities with rockets and Israeli forces use the advanced Iron Dome rocket system to save themselves. The more military presence Israeli forces have in the West Bank the more protest of Palestinians can be seen, so a peaceful solution must opt to solve this ongoing threat of peace in the Middle East.