Know the Academies you will join after CDSE 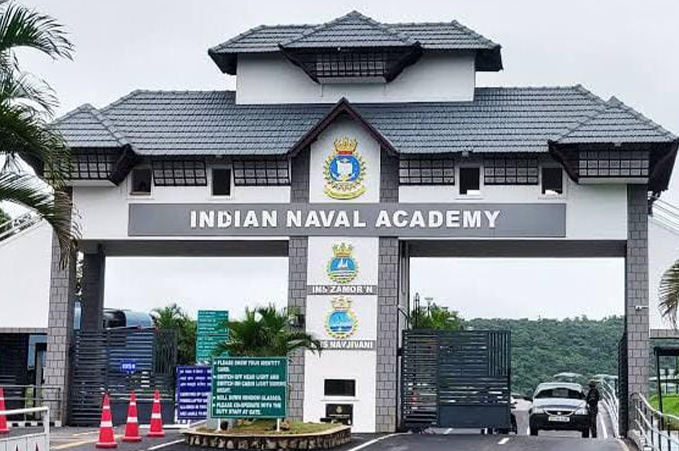 Know the Academies you will join after CDSE

The youth of India is keen to join defense forces. Many of them prepare for CDSE after their graduation. The aspirant should prepare for a written exam in advance and in this endeavor coaching institute like Innovative Future Academy which is the best coaching academy for CDSE in Chandigarh help aspirant to achieve their goals.

The aspirant should also know about academies they will join after clearing CDSE and SSB. Aspirants can opt for four academies through CDSE depending on their qualification. Following are the Academies

The Indian Military Academy (IMA) trains officers for the Indian Army. Located in Dehradun, Uttarakhand, it was established in 1932 following a recommendation by a military committee set up under the chairmanship of Field Marshal Philip Chetwode. From a class of 40 male cadets in 1932, IMA now has a sanctioned capacity of 1,650. Cadets undergo a training course varying between 3 and 16 months depending on entry criteria. On completion of the course at IMA, cadets are permanently commissioned into the army as Lieutenants. Up to 1 October 2019, the 87th Raising Day,[a] over 61,000 gentleman cadets had graduated and over 3,000 foreign cadets from over 30 other states, including Afghanistan, Singapore, Zambia, and Malaysia, had attended IMA for pre-commission training. Alumni have gone on to become Chief and Vice-Chief of Army Staff, Olympians, and politicians.

In 1962, following the Sino-Indian War, India identified the need to expand the number of officers for effective operations. Two Officers Training Schools (OTS) were established in Pune and Madras (now known as Chennai) to train officers for Emergency Commission into the Army. The process of establishing the schools was begun in September 1962. The Chennai school was inaugurated on 15 January 1963, for the nation by and with Brigadier Ram Singh as its first Commandant. The Pune school had a short run and was closed in 1964. However, the school in Chennai continued to operate, and on 2 February 1965, it obtained the sanction to shift focus to train officers for the Short Service Regular Commission. OTA Chennai is spread over 750 acres.

The Short Service Regular Commission has evolved into the Short Service Commission, and the OTS has continued to train officers for these commissions. The school was granted permanent status in 1985. On 1 January 1988, the school was renamed the Officers Training Academy (OTA), on a par with the NDA and IMA.

The first batch of 25 women to be commissioned as officers into the Army were trained at the OTA, with training commencing on 21 September 1992.

The Naval Academy (NAVAC) was established in May 1969, while its Ezhimala campus was inaugurated on 8 January 2009 and the name changed to Indian Naval Academy. It shares the 2,452-acre site with the naval base depot, INS Zamorin, and the naval hospital, INHS Navjivani.

The Academy was established in 1969 and started operations in 1971. It is located at Dundigal, about 25 km away from the twin cities of Hyderabad and Secunderabad, spread over 7,050 acres of land.

The academy was set up to train cadets from Indian Airforce Service cadre officers. It imparts training to the flying, technical, and ground duty branches as well as officers of the Indian Navy & the Indian Coast Guard. This is a home for the officer trainees who learn their specialization and are nurtured to become capable leaders. After one year’s training, officer cadets are commissioned into various branches of the Indian Air Force (IAF). It inducted women cadets into the IAF for the first time in June 1993.

Aspirants should work hard to join these prestigious academies and our academy Innovative Future Academy which is the best CDSE coaching academy in Chandigarh can help aspirants for sure in achieving success.