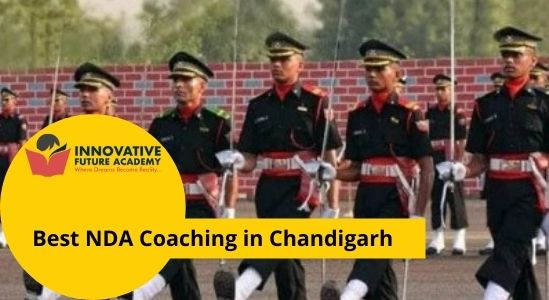 Why IFA for NDA Coaching in Chandigarh?

IFA is providing the best NDA Coaching in Chandigarh. We have the best infrastructure to teach the student very well. It is the best coaching class in Chandigarh.

Our staff is highly appreciable and knowledgeable. Every student can easily learn and understand the comprehensive topics under the supervision and guidance Our staff members have enough experience in their related field. We provide study material for Coaching in Chandigarh. Our study material is comprehensive enough to make the concepts clear in an easy way.

You can not easy to clear the NDA examination by self-study. With the help of professional guidance and training are necessary to teach the way to success. We have several strategies, tips, and tricks that enhance the performance of candidates about speed accuracy, and precision. It is only available at the best and prompts the coaching institute in Chandigarh.

Also read: What is RIMC and how much is the RIMC fees?

NDA is an examination attempted by 12th perusing and pass out candidates. It is a great opportunity for candidates who want to make their shining career in the Indian Defence forces. There are some options to choose from Army, Navy, and Air Force at the time of form filling. Candidates are selected based on their performance in the NDA Exam and SSB Interview round. It is held twice a year in April and September by Union Public Service Commission.

NDA exam is only for those aspirants who want to serve the Indian Navy, Air Force, and Army selflessly.IFA Institute has become a favorite learning hub for the best NDA coaching in Chandigarh. We provide the best training for NDA exams by providing well-qualified faculty members. Our comprehensive study material, weekly mock tests, and doubt sessions at regular intervals.

IFA help in the clear the exam of NDA. In the coaching center, there are professional guidance and training are necessary to teach the way to success. For more benefits, students can visit the best coaching center in Chandigarh.