Want to become an Indian Air force Airman? Read this! 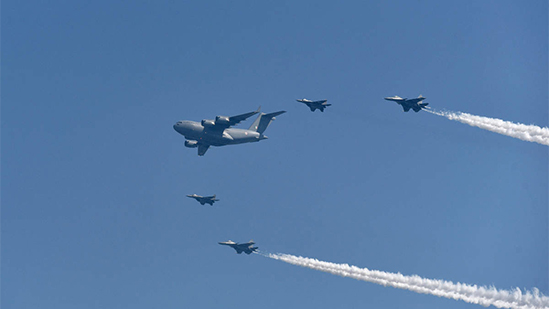 Do you want to join the Indian Airforce? Do you want to be a part of the defense services? Well, it is a good opportunity. Indian airman is a member of the air force of the country’s armed forces. In the profession of Indian air force airmen is not a matter of extensive pride but the ones serving the country are subjected to a lot of respect. If you want to begin a career as an Airman, later on, you can apply to become an officer in the Indian Airforce. Becoming an Air Force Officer involves having an appropriate educational degree followed by accurate screening and selection processes. Here are some types of Indian airforce airman that helps you to know more about your carrier:

Types of an Indian Airforce Airman

You can join the Indian Air Force as an officer in the flying, professional, or ground duty branches depending on your educational qualification. Here, some steps mentioned below sub-disciplines of joining air force airman:

You would be working as any of these pilots both during peace and war-Fighter pilots, Transport pilots, Helicopter pilots. Flaying branch can also get in after 10+2 by qualifying for the NDA/ NA exam.

Also Read: How do I crack the Indian Air Force Group ‘Y’ Exam?

You would be taking care of some of the most sophisticated equipment in the world -Mechanical, Electronics. In this, you get into this branch through the exam, AFCAT, or through University Entry Scheme (UES.)

Also Read: How to clear Combined Defence Service Exam(CDSE) in the first attempt

As part of this mentioned departments-Administration, Accounts, Logistics, Education, Meteorology. In this job, you would be looking after and managing human & material supplies/ managing funds, work as internal auditors/ work as air traffic controller or fighter controller. You can get into this branch by qualifying for AFCAT.

Also Read: Why CDSE is the best career option after Graduation?

These jobs Army Medical Corps are seconded to Air Force. Each Air Force runs some hospitals and clinics where even Army and Navy personnel are entitled to treatment and vice versa.

These branch officers plan training programs that incorporate the latest technological developments. In the education branch, they teach a variety of subjects like Science, Computer Technology, Military Science. Responsible for guiding the personnel in furthering their academic qualifications. Build and run the Indian air force airmen Schools for children of Air Force personnel.

How IFA can help?

We at IFA have a team of experts to guide you in the preparation of the airforce exam. Contact us now to know more about the Indian air force airmen exam.